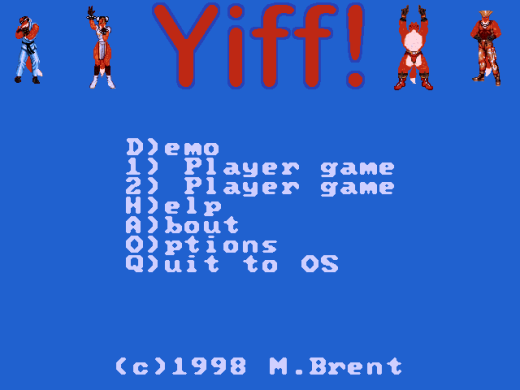 Well, this has gone off to a great start, already.

No, your eyes are not fooling you. You’re really seeing a bunch of Street Fighter II characters MSPainted into furries. Keep in mind this WAS 1998, so stuff like DeviantArt wasn’t a thing yet, meaning this sort of thing was a lot less common.

So you might be wondering what kind of game this is. You see the Street Fighter characters and you assume a fighting game, right? Well, not quite… 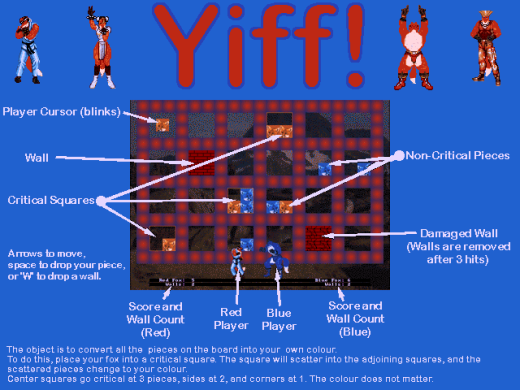 Thanks! That explained absolutely nothing!

So, yeah, it’s a puzzle game. And not a cool one like Puzzle Fighter, either, where there’s reflexes involved, and, you know, excitement. Basically… here’s how I think the game works. You put down one of your fox icons in one of four spaces in one of the boxes across the board. After a few icons, the box will go ‘critical’, and the next piece you cause will cause all the icons in a space to scatter. If any of the pieces that scattered belonged to your opponent, they turn your color. Other than that, I have no clue.

Confused? So am I! Let’s play anyway. 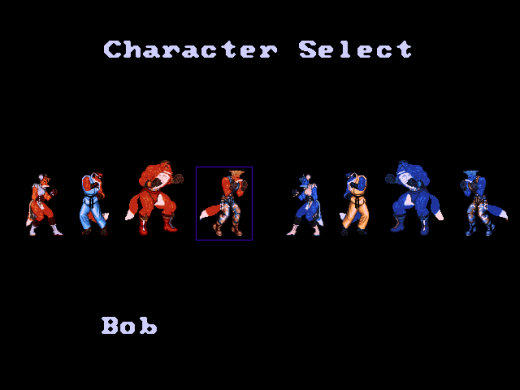 Well, there goes my attempt at being work safe.

So, you pick from one of these four characters: Yiff Li, Ryiff, Zang’yiff, and, uh… Bob. Wait, Bob? Why not, I dunno, Pile? You know… Guile… Pile… Furpile… Wait.

So, I only played a couple of matches of this, because, as I said, I have absolutely no idea what I’m doing. The first match went… landslidingly well for me.

The one thing Guile's theme DOESN'T go with.

In the second match, the AI actually put up something close to a fight. 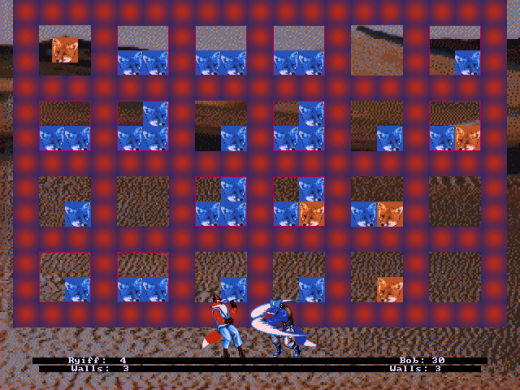 So, yeah, that’s Yiff. Sorry if you were expecting something else, but trust me, with these graphics, it wouldn’t have even been that hot.